Since people are not reading my post, BIG PREFACE :

I actually already referenced this one with my video link in the original version of my question.

and here the associated stackoverflow response in the same exact thread :
https://askubuntu.com/a/1109342/307184

by the same guy since the stackoverflow and source he links names match and since the ubuntu desktop cusomisations are exactly the same in the youtube video and the gif.

This guy has got the right idea!! if a developer makes a native solution for you, you try that first.

but as you can see in his stackoverflow answer and video: things have changed even more still since the release of that launcher.

the launcher is no longer missing any dependencies pre-launch, it runs out-of-the-box on a vanilla ubuntu 19.10 with nothing else changed. that’s one difference. also it looks and behaves nothing alike visually.

and it does have it’s own quirks. some very breaking changes if you’ll be so kind as to read on…

what is the method today?

I try to use the “Unity Hub” which is the recommended (and only?) method to instal unity on ubuntu.

I first have to add a license, then I have to set the download folder (which is ignored since it downloads to /tmp anyways)

then I have to select and download a unity version : 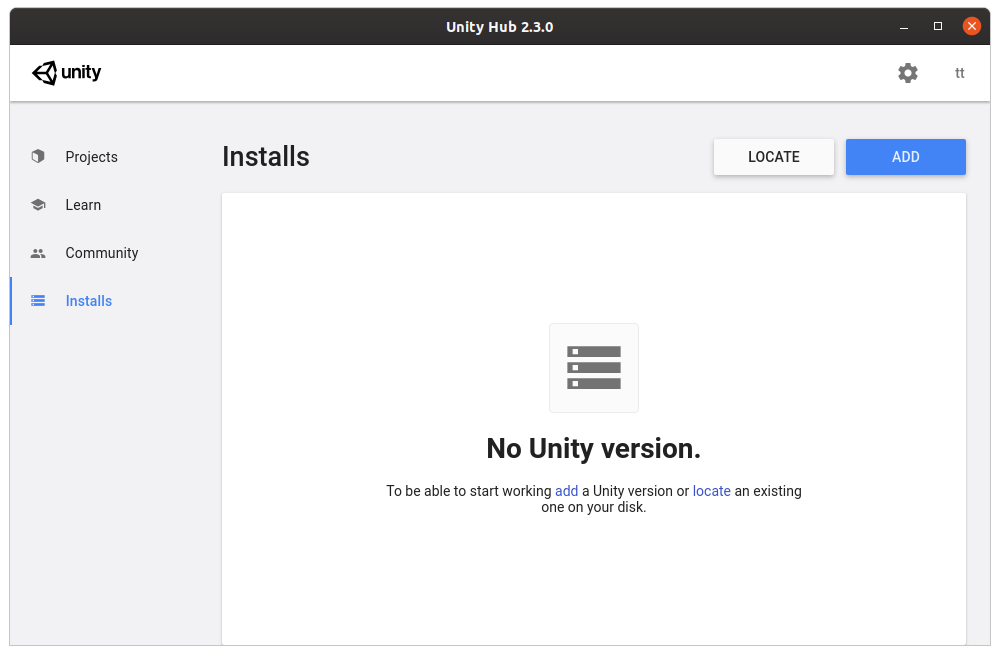 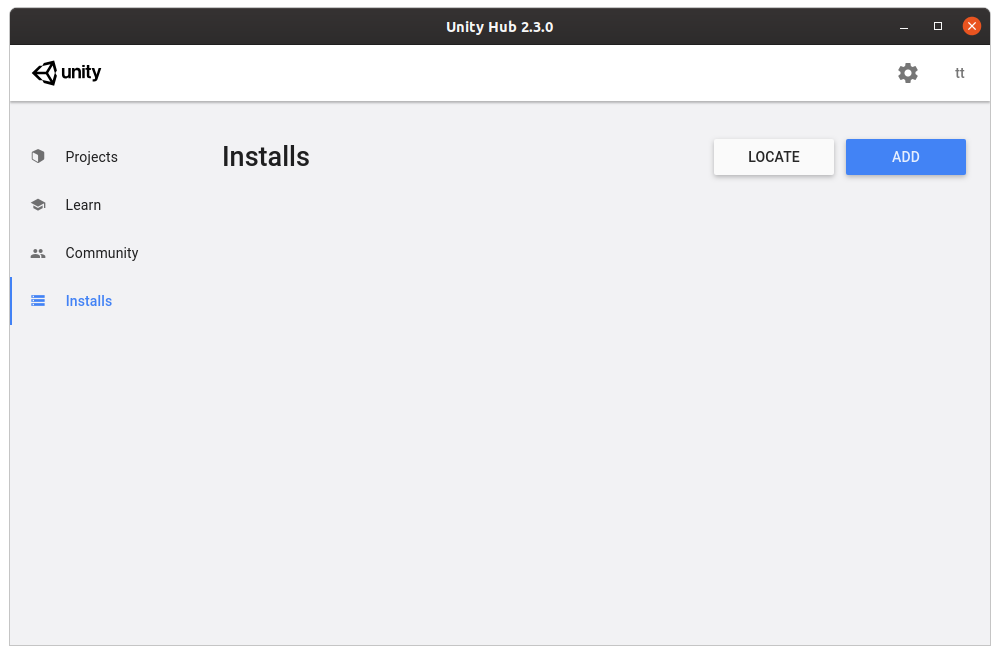 if I, at this point, choose the project tab and hit “new” it still rejects me : 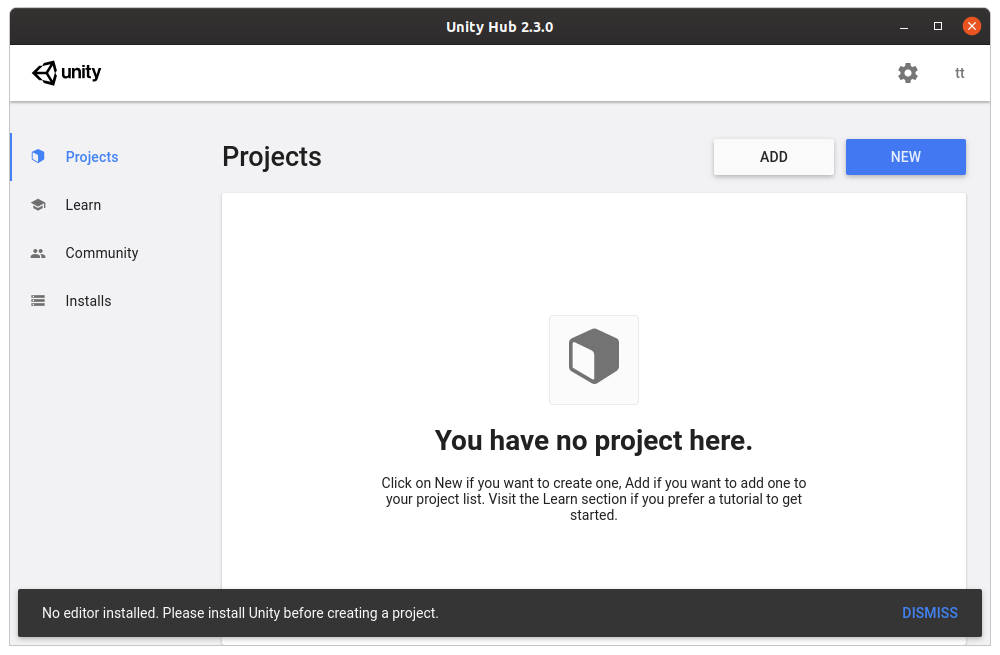 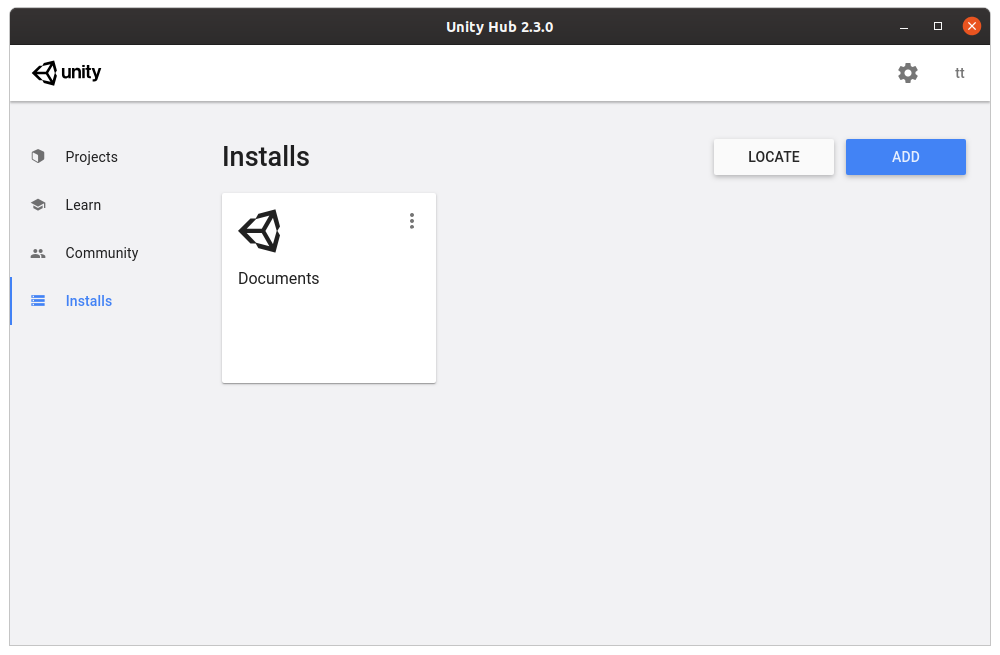 If I then try creating a new project, the window opens up but : 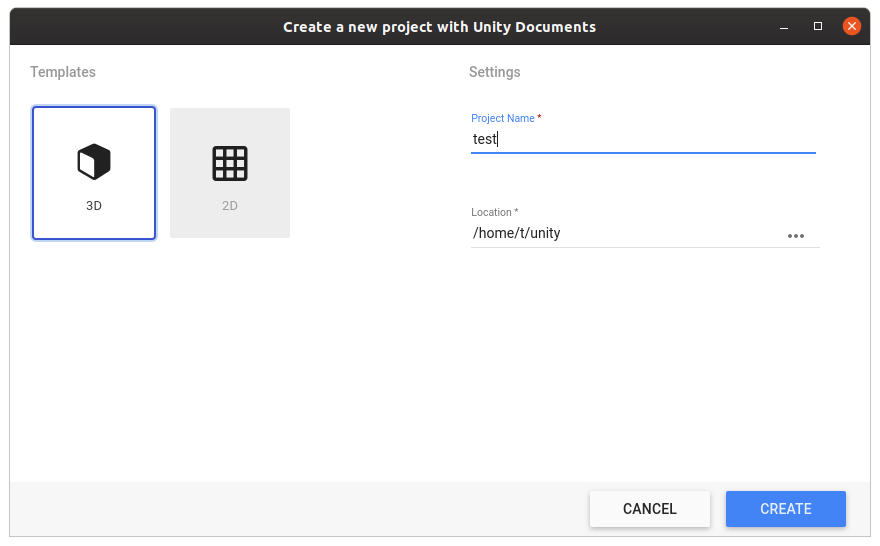 … upon clicking “create” I get a contentless error message box and from there on out the app bugs out and becomes more or less unresponsive and must be closed by force : 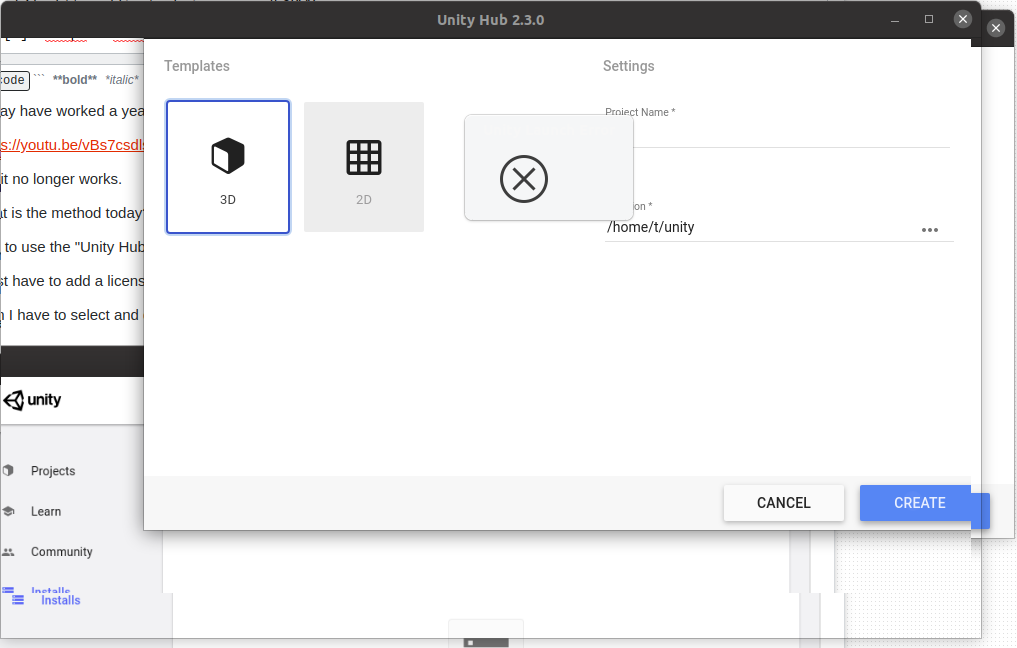 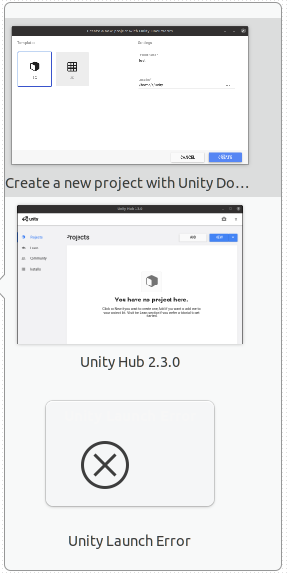