I have come across a number of variations on the problem described below with router/access-points and WiFi range extenders from various manufacturers.

The following sequence describes the scenario:

To me it feels like the routing (packet-forwarding) cache in Access-point-A does not notice that Client-device-2 is no longer available via itself, even though packets from Client-device-2 are arriving via its wired interface.

If Client-device-2 is initially connected to Access-point-B then there are no problems. 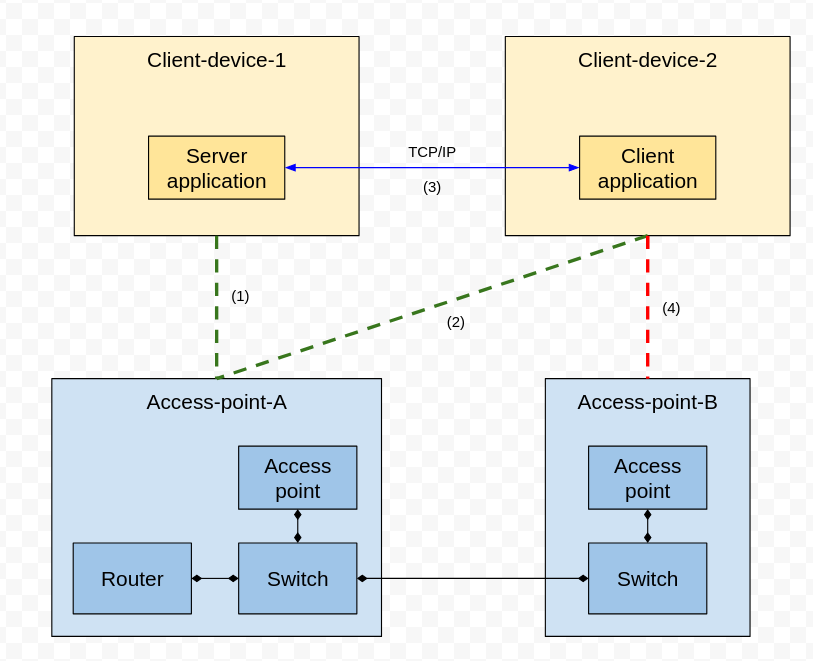 Any suggestions as to the cause of the problem, other than just rubbish router/access-point firmware, would be appreciated.

Use of quality managed products such as Ubiquiti’s UniFi never seems to show such issues.