I have a Virtual Machine from VirtualBox running Windows Server 2012 R2 Standard which is used for some development tasks. I wanted to install an SMTP server, so I can send emails from there, however, everytime I do so I get an error page which looks like this 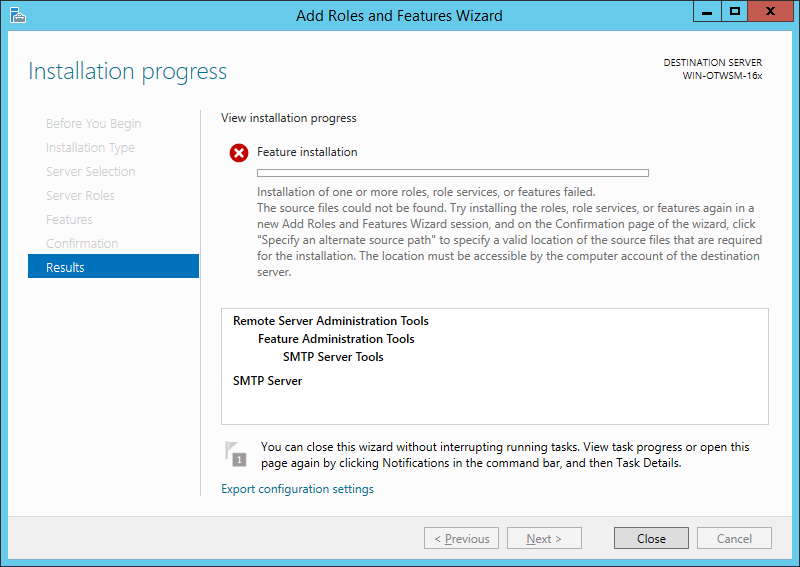 I used this link https://docs.microsoft.com/en-gb/biztalk/install-and-config-guides/appendix-d-create-the-smtp-server#install-smtp-server to get information on how to install the STMP server.

After this failed the first time, I searched the internet a bit, and found a solution which said that if Windows Update is deactivated, then you have to manually provide the sources, however, I have Windows Update installed and it works, since it checked this morning for updates.

Anyhow, I still downloaded the .iso of Windows Server 2012 R2 from https://www.microsoft.com/de-de/evalcenter/evaluate-windows-server-2012-r2#evaluation_521 and tried two things 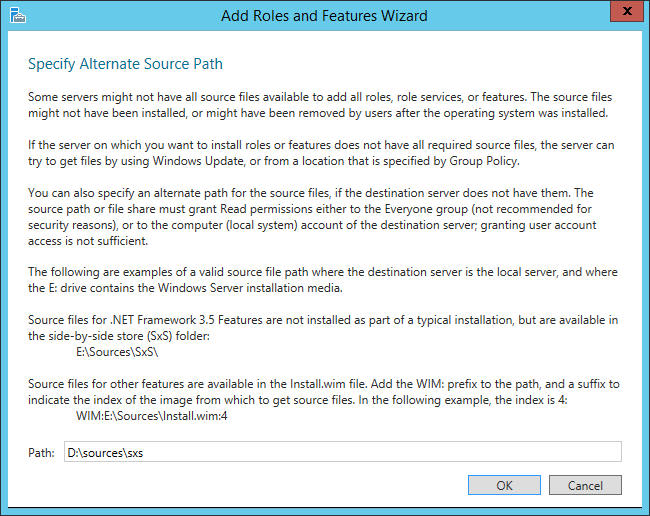 but it still didn’t fulfill the installation and had the same error as in the image above, stating that the source files are missing. 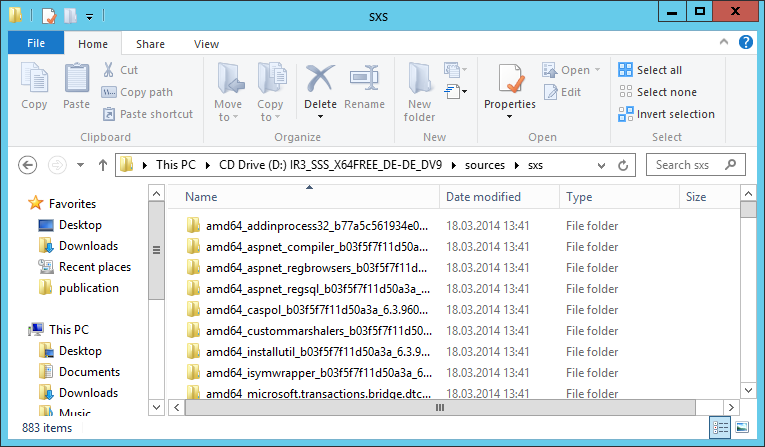 So what I then tried is to do this via PowerShell "Install-WindowsFeature -Name SMTP-Server -Source D:sourcessxs" but this fails with

which is strange, since you can see that I’m using a source parameter. When I add /source it tells me that this parameter is not supported

I also followed this tutorial in here https://docs.microsoft.com/en-gb/windows-hardware/manufacture/desktop/configure-a-windows-repair-source#configure-group-policy-for-feature-on-demand to set my repair sources to be from Windows Update instead of WSUS but till the same error. :/