I’m runing ubuntu 20.04 on the host and Ubuntu 20.10 on two VMs. I always let them open and running. Sometimes, after waking the laptop from sleep, one of them has the screen locked (they both are configured to never lock screen/sleep). Then I put the password and unlock it, the screen gets black and I have to force reset the VM for it to work again.

It’s annoying because I then have to reopen everything I was working on.

What can I do to solve this problem? It’s not always that it happens and not on both VMs at the same time.

I use virt-manager for the virtualization

A cloud operator such as Google can take a snapshot of a normal VM. This includes CPU state, RAM and disk. This can then be copied to another physical and resumed there. Or it can be analyzed off-line, and any cryptokeys in memory or in the CPU state can be extracted.

If the RAM is encrypted, it will make it harder to use attacks like https://rambleed.com/

But will it also protect against Google?

It seems the RAM is encrypted with a key, that lives in the CPU. But is this key included when Google takes a snapshot of the CPU state of the VM?

In theory I could see it work like this: The CPU has a small web server with a TLS certificate signed by AMD. I access the web server, verify AMD’s certificate, and now I have a secure connection to the CPU that Google cannot access.

Then I give the CPU a secret key to encrypt RAM with. Then I give it a disk image encrypted with the same key. Then I boot the VM.

If the secret key physically cannot leave the CPU, then it should be impossible for Google to access my data: The RAM is encrypted, data to the disk and to the network is encrypted. So I do not need to trust neither the RAM, the storage, nor the network. It will, however, also mean Google cannot snapshot my VM and restore it on another CPU.

This would also mean that this answer is outdated: https://security.stackexchange.com/a/215927/84564

Currently I see no way to do something similar to
verifing the AMD certificate in Google’s current solution. And thus I see no way to securely set a key that Google does not have access to.

Can Google take a snapshot of a running confidential computing VM and restore it?

Using AMD’s SEV can CIA safely process their most secret data on North Korea’s Confidential cloud (assuming they have that) without North Korea being able to access the data – assuming that AMD is trustworthy, but all other hardware apart from the CPU is made in North Korea?

I want to make a network share with read/write and it will be accessed by multiple computers.

Every time a new computer connects to it, they should find it in an initial state.

Every change made on the files after should be stored separately as snapshots for each User accessing it.

Is there any way to do it?

Is there such a file system ? My goal is to have a shared file system between a host and a VM with native performances.

I am using an Xubuntu guest virtual machine with Virt-Manager, Spice, and QXL. I want to rotate the virtual display to be vertical so as to fit my monitor.

Is there a way to have a virtual vertical monitor with a Xubuntu guest?

I’m having trouble creating a virtual switch for a virtual machine I have in hyper-v. I had a virtual ethernet switch set up and connected to the machine before, after deleting this at some point, I now cannot create one again.

Within hyper-v the error is: 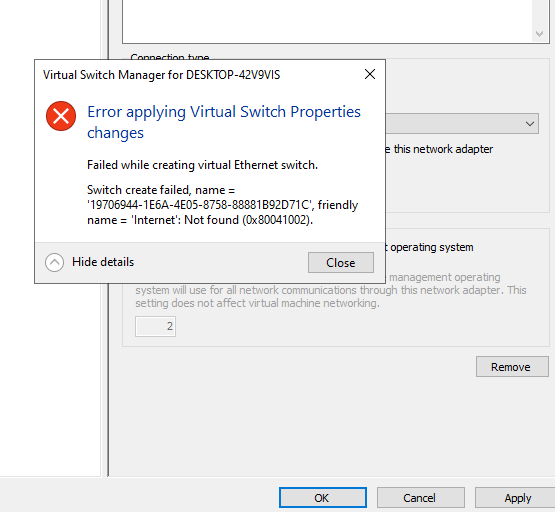 After researching the problem, this appears to be related to the ‘Hyper-V Virtual Extensible Switch’ item not being checked in the ethernet adapters properties. 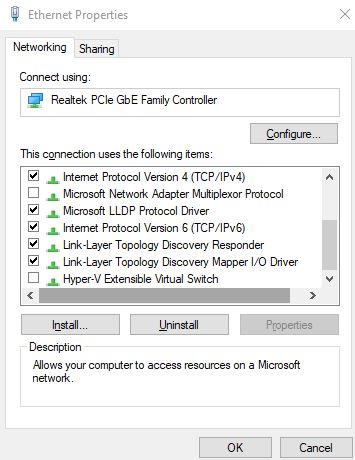 Trying to enable this in the GUI isn’t possible, as after checking the item then clicking on OK the message is “Your current selection will also disable the following features:
Hyper-V Extensible Virtual Switch”, like here: https://www.tenforums.com/virtualization/31369-cant-enable-hyper-v-extensible-virtual-switch-networking.html

Within powershell when trying to enable this the error is

Using the following command with a microsft uitilty called nvspbind:

But inspection afterwards using the properties GUI, powershell and nsvpbind reveals that the virtual switch is in not binded (all list as not binded).

I’m trying to set up my wireless card to be passed-through to a QEMU VM(just to check out device-passthrough and how it works). I’m able to use the wifi on my host machine just fine.

An lspci on the host shows the following info related to the card:

The kernel driver in use is “wl”.

Now, I try to unbind the host driver and associate the vfio-pci driver with my wireless card as follows :

At this point, doing an lspci shows that the device is associated with the vfio-pci driver.

Now, I boot up Ubuntu in QEMU with the device passed-through as the following arguments:

However, when checking “lspci -v” inside the VM, I see that the driver associated with the device is bcma-pci-bridge.

The admin increased the size of the virtualdisk to 60G.

I rebooted the machine and see now, that the disk is bigger.

gdisk tells me that the disk as a size of 60G, but that the last usable sector is a sector corresponding to the old 10G disk image size:

So though the disk image size has increased and the VM sees the change I don’t know how to use the newly available space.

It recognizes a mismatch:

How can I fix this issue?

The ultimate goal is to increase the size of the existing partition, but even if I can just add new partitions I would already be happy

I have installed qemu-kvm and virt-manager to Ubuntu 18.04 machine. While trying to add my user to libvirt group I got following error: